This product has been replaced by ROOTS SHOOTS & LEAVES

$13.80
Sold Out
Write A Review
This product has been replaced with Roots Shoots & Leaves

Success began in the late 90's due to an intimate understanding of the dilemma of the modern Potting mix. Potting mixes generally are unable to hold fertiliser nutrients, i.e. valuable nutrients are being leached into the waterways. So, armed with this understanding, our Senior Horticulturist (Daniel) with the help of the VolcaMin Mineral (a Super Sponge) and the valuable assistance of Horticultural Scientist Dr Geoff Cresswell, created this Revolutionary Champion! (Formerly called Invest Triple Action) a Sustained Release Mineral Fertiliser.

Today "Champion" is really the Champion of all Fertilisers for potted and garden Plants.

The key feature: VolcaMin (Clinoptilolite mineral) as discovered by NASA Scientists its very inclusion "saves pollution and saves money". Over 15 years growers have discovered No polluted waterways or Dams. The nutrients stay in the mix... Better for the Environment, better for the Plants and our growers claim Better for the Bank Balance! Trials have shown 98% less leaching of nutrients/fertiliser.

AT UP TO HALF THE RATE OF A TYPICAL CONTROLLED RELEASED FERTILISER, CHAMPION WORKS OUT TO BE UP TO HALF THE PRICE! IN ADDITION, IT DOESN'T DUMP IN HOT WEATHER NOR IS IT SLOW IN COLD TEMPERATURES/ FROST.

Champion prills are advanced e.g. the coating is again NASA technology, and are coated with Humus & 30 separate strains of Beneficial Microbes incl. VAM. Champion provides a sustained release of nutrition consistently for up to 3-4 months, 5-6 months, or 8-9 months longevity.

Champion is balanced for root growth initially, then shoot growth and finally, flowering and fruits over a wide range of plants, including Natives. For improved performance Champion mineral fertiliser contains Silica & Humus. But the simple key, we believe is that Champion fertiliser being more efficient, reduces leaching by capturing free nutrients and storing them for release to plant demand.

By: Matthew on 30 September 2021
Decided to try something new for the garden. Have a variety of edible plants, natives, trees etc. Impressed with the service, price, and delivery. Came in a nice resealable bag. Too early to see how the plants respond, but confident it'll do great. Thanks! Highly recommended.

By: Wasim on 23 March 2021
This looks like a decent product. I will be applying it to some citrus. With an NPK ratio close to 8:1:5 , I can apply this and know it'll support fruiting and not just leaf growth. Next day delivery was appreciated.

By: John on 3 August 2020
A very fitting name for this product. Helps grow plants like a Champion!

By: Tyron on 13 March 2019
This fertiliser is just the bees knees. The quality and the overall cost is just fantastic. Can’t wait to purchase more products from PD

By: Saran on 7 March 2019
Very happy with the outcome. I only used it on the front yard and I can see the difference already after 6 weeks as my backyard is not just as good as the front one. Definitely going to buy some more. 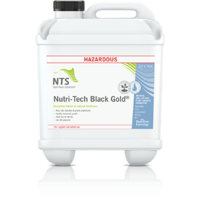 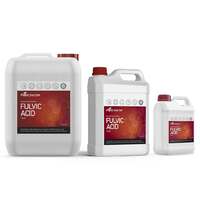