Take 2 to 4 food-grade diatomaceous earth capsules twice a day. More will not be harmful, but less may not give you the results expected.

SEE WHAT DR AXE has to say about Diatomaceous Earth....

DE is a powder that comes from the cell walls or shells of diatoms, or aquatic organisms. It’s commonly used by humans to promote detoxification, aid digestion, and improve skin and hair health.

For example, diatomaceous earth for fleas is also extremely effective for your pets. But DE has many uses beyond that, with an astounding ability to kill insects and harmful substances in your home and purify your water.

If you haven’t used this natural substance in your diet, home or garden yet, you’ll want to experience its many benefits.

What Is Diatomaceous Earth?

Diatomaceous earth (DE) is a natural product made up of fossilized remains of tiny, aquatic organisms called diatoms. Composed of the cell walls/shells of single cell diatoms, it easily crumbles to a fine powder.

In fact, the composition of the diatom cell walls are biogenic silica.

The substances used to make diatomaceous earth are safe and taken directly from the sea, since diatom silica deposits accumulate over time in the sediment of rivers, streams, lakes and oceans.

DE goes by many names other than diatomaceous earth, including:

According to the National Pesticide Information Center, diatoms found in DE are actually skeletons that are made up of silica, a very common type of matter found in nature that makes up about 26 percent of the earth’s crust. There are various types of natural silica, many of which you probably recognize, including: sand, emerald, quartz, feldspar, mica, clay, asbestos and glass.

Some common products that contain diatomaceous earth include dusts, powders (or a “powder duster”) and pressurized liquids that are used on the outside of buildings, on farms, in gardens, and in human and pet foods.

It usually comes in the form of a white powder and is also used in water filtering, food manufacturing, skin products and farming to naturally eliminate free radicals, viruses, insects, parasites and other harmful organisms by binding to them and drying them out. It also has the ability to improve the body’s use of calcium, improve bone mineralization, protect joints and fight effects of aging.

You can purchase food-grade DE in some health food stores or online. DE for your garden or pest control is also available at many home improvement stores.

Silica used to make diatomaceous earth is a key common component of the earth’s natural rock, sands and clays. Silica is an important component of human ligaments, cartilage and musculature and is also abundant in plants since it facilitates their growth and development.

Studies have shown that it’s an essential mineral for the body to build strong bones, hair, nails and teeth, and it’s needed to carry calcium into various parts of the body.

According to research published in the Journal of Nutrition, Health and Aging, many forms of silica exist in nature, and compelling data supports myriad beneficial effects of consuming more silica within water. Orthosilicic acid is the form of silicon predominantly absorbed by humans and found in numerous tissues, including nails, bones, tendons, the aorta, the liver and the kidneys.

Compelling evidence exists that suggests silica is essential for health and has a strong anti-aging effect. Deficiencies in silica can contribute to:

Benefits for the Body

Diatomaceous earth — also known as diatomite — works like a natural detoxifying agent within the body, killing parasites and viruses that can contribute to illnesses while also helping to clean the blood. It’s also inexpensive, simple to use and much safer than many store-bought detox products or plans.

Some of the benefits of using DE internally include reducing odors, helping to curb gas, cleansing the digestive tract, boosting liver function and absorbing harmful toxins within the blood.

How does DE work to help with detoxification?

Silica works similarly to antioxidants found in high-antioxidant foods because it retains its traits as a stable particle even while continuously suspended in a liquid medium, allowing it to fight free radical damage. It’s broken down into a colloidal form, which acts like a detoxifier for the blood since it carries an electrical charge that attaches to free radicals and other harmful toxins.

Silica particles can then neutralize the charge of free radicals and remove them from the body through sweat, urine and feces, which slows oxidative damage and has anti-aging effects.

A study published in the American Journal of Clinical Nutrition found that silica also helps eliminate heavy metals from the body, such as aluminum, making it perfect for a heavy metal detox. In studies, it has been shown to have a high-aluminum-affinity and reduces aluminum availability from the human gastrointestinal tract.

A 2011 study published in the Oxford Journal of Poultry Science found that DE has the potential to be an effective treatment to help control internal worms (parasites). Interestingly enough, this was observed in hens that produce organically raised, free-range eggs.

Giving two breeds of commercial egg-laying hens DE improved production of their eggs and egg quality compared to control groups, effectively working as a parasite cleanse in the process.

Those fed DE were also significantly heavier in weight, laid more eggs and consumed more feed than hens fed the control diet, plus their eggs had larger yolks and therefore were more concentrated with nutrients.

A 2007 study published in the Journal of Nutrition Health and Aging stated that dietary silicon is beneficial to bone and connective tissue and helps prevent low bone mass (osteoporosis), which is considered “a silent epidemic of the 21st century.”

Silica within DE helps with normal bone metabolism and joint formation, with evidence over the past 30 years suggesting there’s a positive association between dietary silicon intake and better bone mineral density. Thus, DE makes a great addition to any osteoporosis diet and treatment plan.

A number of possible mechanisms for how this works have been suggested, including the possibility that silicon helps with synthesis of collagen (used to form joints, the lining of the digestive tract and connective tissue) and within the mineralization of bones. While more research is still needed, it appears that silica supplementation can be used to help support normal metabolic processes, preserve joint health and prevent bone disorders.

Since it has natural abrasive qualities and kills parasites, DE is used in many toothpastes, skin exfoliators, polishes and skin scrubs. Research suggests that just like other beneficial clays — like bentonite clay benefits and uses — DE dries out harmful toxins and leaves behind clean, smoothed skin with little to side effects.

It also seems to have anti-aging effects by helping with the use of calcium in forming strong bones, nails and teeth.

Benefits for the Home

Diatomaceous earth is used in many filtration products, including the trademarked brand name Celite, because its chemical composition makes it a great filtration aid. It’s able to filter very fine particles that otherwise pass through or clog filter papers.

This makes it a common product used in water filters to help prevent tap water toxicity and also purification practices for fish tanks. Additionally, it’s also important for manufacturing beer and wine, syrups, sugar, and honey without removing or altering their color, taste or nutritional properties.

A study published in the Journal of Applied and Environmental Microbiology found that diatomaceous earth helps kill viruses and purify drinking water. Viruses have been found to be dangerous and abundant in certain sources of drinking water, raising the risk for viral infections and having a significant impact on bacteria and algae populations in the ecosystem.

Researchers tested the effects of a filter containing DE on tap water that was contaminated with heavy metals and various viral strains. The results of the study showed that DE helped absorb up to 80 percent of the viruses present, including poliovirus 1, echovirus 5 and coxsackievirus B5, which were all present in tap water even after filtration.

2. Kills Insects and Other Harmful Substances in Your Home

In the U.S., DE is classified under the Federal Insecticide, Fungicide, and Rodenticide Act as a safe substance for household use. How does diatomaceous earth work to get rid of insects?

It’s a natural insecticide, since it absorbs lipids from the waxy outer layer of insects’ exoskeletons, which causes them to dehydrate and die of water deficiency. This is why it’s

By: Ken on 1 July 2020
Was recently recommended by a friend to try this product. I noticed good results with thier general appearance, lively and better skin. First time user and already excited! 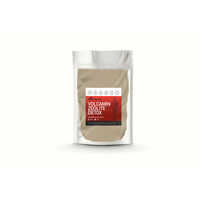 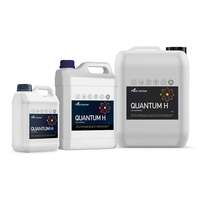