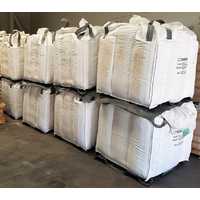 VolcaMin works as a fertiliser battery, charging when free nutrients are available, holding them from leaching and releasing them to plant demand as required.  Volcamin is not effected by temperature and reduces the leaching of nutrients under hot tropical conditions, holding them for use by the plant instead.

Volcamin is also an excellent capillary distributor of water due its highly porous properties, assisting infiltration, holding water higher in the pot and distributing water and nutrients more evenly through the mix which is important especially under drip irrigation. It is used in several leading wetting agents.

Use of Volcamin will soak up excess ammonium and other cations in mixes often released under hot conditions, preventing root burning.  Volcamin is marginally alkaline and a source of available calcium so its use with fertilisers can help buffer pH levels thus reducing the need for lime applications.

Volcamin carries a negative ionic charge which naturally attracts positive charged cations like ammonium, potassium, magnesium and calcium. The open crystalline structure of Volcamin has many storage sites for these ions which hold naturally through a loose chemical bond. These fertiliser ions are available to plants. Volcamin has a very high cation exchange capacity and thus increases the mixes ability to hold and release nutrients. As cations are water soluble they escape from mixes by leaching.   Volcamin is the perfect planting partner as it is a natural wetting agent and distributor of water as well as an electrically charged fertiliser magnet.

It helps water penetrate sandy non-wettable soils and will evenly distribute water around drippers and soak lines. It should be used in planting holes, mixed with the top 10-15cm of soils or a mulch.

As a planting amendment, it makes a permanent difference as it won’t break down or be eaten by microbes in the soil. Volcamin has ten times the nutrient holding capacity per litre than peat and helps prevent environmental leaching of nutrients into waterways.

Incorporating VolcaMin into your soil conditioning and fertiliser program is a long term investment in the productivity of your soils and return on your fertiliser investment. Mixed into holes at planting, banded or applied around existing plantations or mixed with fertiliser blends, VolcaMin will improve plant available nutrient uptake and conversion to yield. Volcamin dramatically improves poor soils and as it doesn’t break down and is not consumed by microbes it is a permanent amendment and conditioner.

VolcaMin particular affinity to attract and hold ammonium enables it to catch and hold nitrogen fertilisers from leaching through the soil for maximum plant available nutrition. Plants readily extract the stored nitrogen they require from the Volcamin by active root uptake.

VolcaMin can naturally assist in releasing phosphorus from soil lock ups or mineral apatite’s. Plants extract the stored ammonium and potassium from the Volcamin by active root uptake, exuding hydrogen ions to replace the nutrient on the Volcamin structure. This loosely bonded hydrogen then exchanges back into the soil as the Volcamin more strongly attracts calcium ions, even breaking the bond of phosphorus and calcium to pull the calcium onto the Volcamin, releasing the phosphorus to plants.

A trial effect of Volcamin on Clipper malting barley, was carried out by Australian Agricultural Technology at Barooga, NSW

Volcamin improves soil structure with its massive internal surface area and porosity. This surface area creates considerable surface tension with available water exerting a great capillary pull. This equates to a natural wetting agent effect with greater infiltration of water into soils and more even capillary distribution throughout the soil. This assists in holding more water higher in the soil profile and spreading available water more evenly from irrigation points. As the Volcamin is mildly alkaline, it has a liming effect on acid soils.

The trial was arranged through PIVOT representative Russell Nichol to evaluate the effect of addition of VolcaMin at the rate of 125 Kg/HA in addition to normal fertilizer program on processing tomatoes. The VolcaMin was added with Pivot 16 fertilizer at final stage of bed preparation prior to direct seeding.

Approximately 1 HA was treated (3 rows). No obvious growth response was noted and crop was mechanically harvested on 17th March 1992. Two control rows were harvested adjacent to treatment rows, the third being harvested further up the paddock where they had been operating before we harvested the trial.

The plants were grown in raised rows 9” wide with 27” spaces between rows. VolcaMin was applied within the rows at a rate of .5 tonne and 1 tonne equivalent per acre. The VolcaMin was incorporated with the fertiliser directly into the rows at the time of planting and watering was by trickle irrigation. The actual application rates for the trial where the rows only form ¼ of the total area, was 0.125 and 0.25 tonne per acre respectively.

A known length of row (75 feet) was picked by hand in the treated rows and in the adjoining untreated row and yields recorded.

Total Harvest Results The one tonne per acre (equivalent) VolcaMin row yielded overall a 10% increase in fruit size with an accompanying 10-12% increase in yield weights.

Average yields on tomato production in Bundaberg are 1500-2000 cases per acre. The 10% increase in yield produced an additional 150 cases of tomatoes per acre valued at $1500.

By: Kris on 24 August 2019
Used this when seeding perennial ryegrass. Worked out great for soil condition and strong, fast root establishment.

By: Michael on 2 January 2019
Was sceptical about this product when I was introduced to it but thought I would give it a shot. After laying it on the grass and giving it a good water we went away for a week and I was worried the grass would be yellow and wilted due to high heat. Came back and the grass was like a jungle. Long and strong. Held the water I had given and did everything its says.

By: Emma on 13 December 2018
Interesting product which delivers incredible results

By: Adam on 23 October 2018
We have been using this product in all our potted plants and raised vegetable gardens for several months now and i can only assume it is helping because the garden has never looked better. 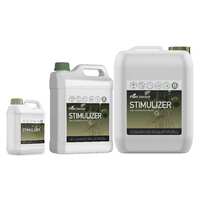 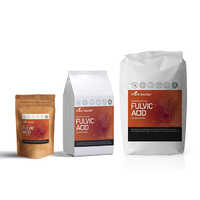